The Site in WW2 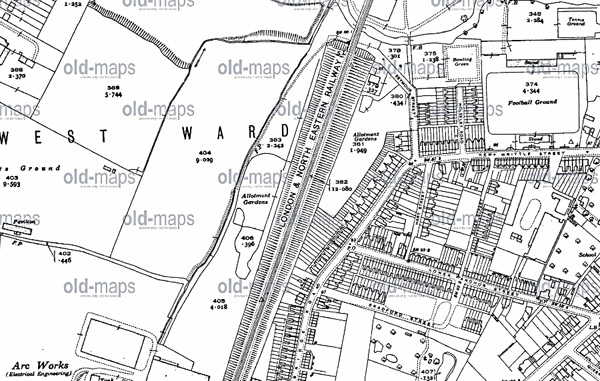 4.1. Because of its essential, war-related industries and the importance of its railway, Chelmsford received many bombing raids during the Second World War.  Along with Marconi and Hoffmans factories, which were in the town centre, the Arc Works and the adjacent rail viaduct were a conspicuous and strategic target.  Hoffmans and the Marconi works were hit but the Crompton Arc Works were unscathed.

4.2. Although the site was not hit, it is possible to deduce from the fall of bombs that the works were a target.  For example, on 14th. May, 1943, six high explosive bombs fell across an area bounded by the railway and New London Road, from Hayes Close south westwards to Cherry tree lane.  In fact, the two explosions in Cherry Tree Lane were the closest the raiders got to the site, except for one hit on the west end of Bradford Street, on 21 November 1940.  Even that was on the wrong side of the railway tracks from the works site. Of course, the intruders could have been after the railway itself.  Had the rail viaduct been destroyed railway communication would have beeen disrupted for a very long time. 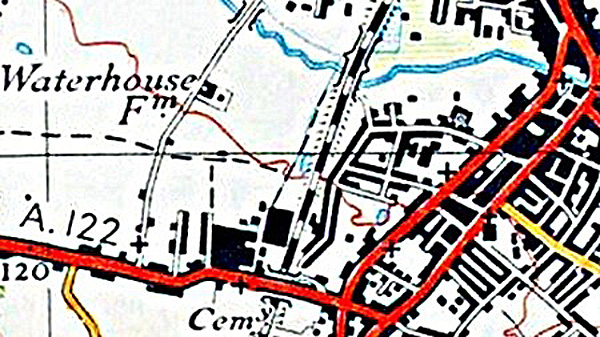 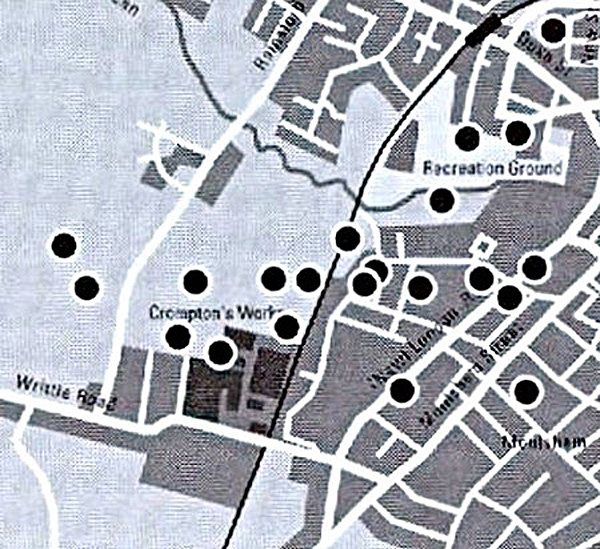 4.3. ( Also in 1940, on 13 October, a high explosive bomb fell on the house that stood on what is now the site of Christchurch, killing the Mayor of Chelmsford and his family.  That bomb was probably aimed at the Arc Works  or the railway.)

4.4.  To the south, on the 11th. March 1941, another high explosive bomb had scored a direct hit on the approach road to the railway bridge in Princes Road.  One can only speculate whether that was another miss for the works or an accurate attack on the railway. Apart from surviving these ineffective attacks, the main contribution to the war effort on the present wildlife site was the Dig for Victory output of the allotments that had been established in the Nineteen Twenties.