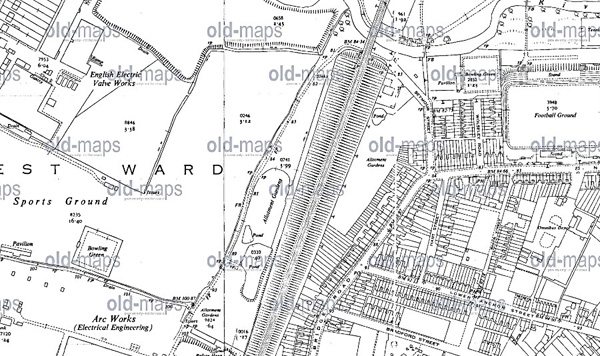 5.1. After Marconi left the works site, in 1994, it was sold to Fairview Homes, plc. for development as a major new residential area, which we now know as, The Village. Under Town and Country Planning legislation permission for such a development usually has conditions attached, including money for community benefit, which is known as a Section 106 Agreement.  In the case of the Village, the Planning Agreement involved handing over to Chelmsford Borough Council the strip of land that makes up the wildlife site, plus 80,000 Section 106 money that was to be used to develop the site with community involvement. ( Except for using the ponds as filter beds or sinks  and installing a pumping facility, neither Cromptons nor Marconi had used the site beyond what is now the fenced area.  It was left largely as wilderness, right down to where the embankment becomes the viaduct.  There had been an area of allotments on the south side of the ponds but these were moved to the north side when Marconi Radar extended an adjacent building, known as E Block.  It is also known that the ponds were regularly fished until the stocks were destroyed, when the ponds dried out during the summer drought of 2006.)

5.2. Fairview Homes had employed a consultant to work up a plan for the site.  By 2003 several versions were produced but nothing that was acceptable or practical. The Borough Council then employed its own consultant, who produced the plan that has since been the basis of development.  In 1994 the Borough Council Parks Department fenced the area immediately around the ponds for safety purposes.  There was also a growing safety issue over pits that were being dug and left on the site by bottle collectors exploiting the parts that had been a 19th. Century rubbish dump.  The difficulties were overcome by a rather original but effective approach by the Borough Council, They asked the Essex Bottle Diggers Society to clear the area officially, with help from a CBC mechanical digger.  This put a stop to piecemeal activities that had left the dangerous pits.  It also satisfied the bottle collecting enthusiasts. 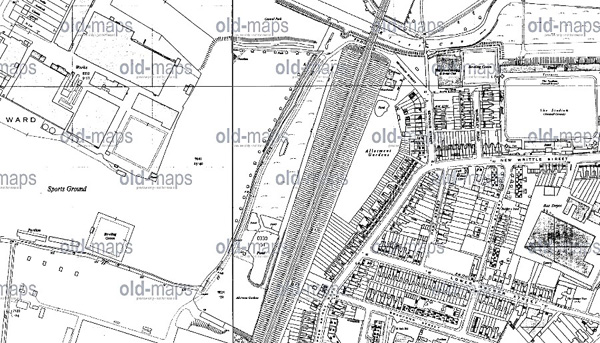 5.3. The essence of the Planning Agreement was, and still is , an emphasis on Community involvement in the development of the wildlife site.  Around 1997 the Borough Council had set up a number of Focus Groups, one of which was to be concerned with environmental protection.  Among other issues this Focus Group for the Environment was to be concerned with the Marconi Ponds site.  Unfortunately, being under resourced and lacking the necessary expertise among its members, this group failed to deliver and faded from the scene.  In 2005, around the time of the bottle digging events, the Borough Council, using the Section 106 money, asked the Chelmsford Environment Partnership to manage the project, chiefly to establish the community involvement that had been required in the original Planning Agreement.

5.4. The Partnership appointed a Project Manager and continued to employ the consultant who had produced the development plan for the Borough Council.  Within a very short time, in 2007, a Friends Group had been set up, with management and administrative support provided by the Partnership; the sort of professional support that is vital for such community involvement to succeed.  A neighbouring company, E2V, generously allowed the new group to meet in the company’s sports pavilion that is adjacent to the site. The Marconi Ponds Wildlife Site was in business.

In preparing this history of the site I am indebted to the staff of the Essex Record Office and to Old Marconi Hands, Brian Greatrex and Jimmy Easton, and to Steve Plumb, Consultant to the Chelmsford Environment Partnership.

5.5. The site is now managed by the Marconi Ponds Management Group in partnership with the Chelmsford City Council Parks Department. The group works with the council to coordinate the volunteer effort in the management of the site based on a 5 year management plan devised to maximise the diversity and wildlife benefit of the area. The site was designated as a Local Nature Reserve in 2018 and has achieved the required standard to be awarded a Green Flag Community Award each year since 2009.